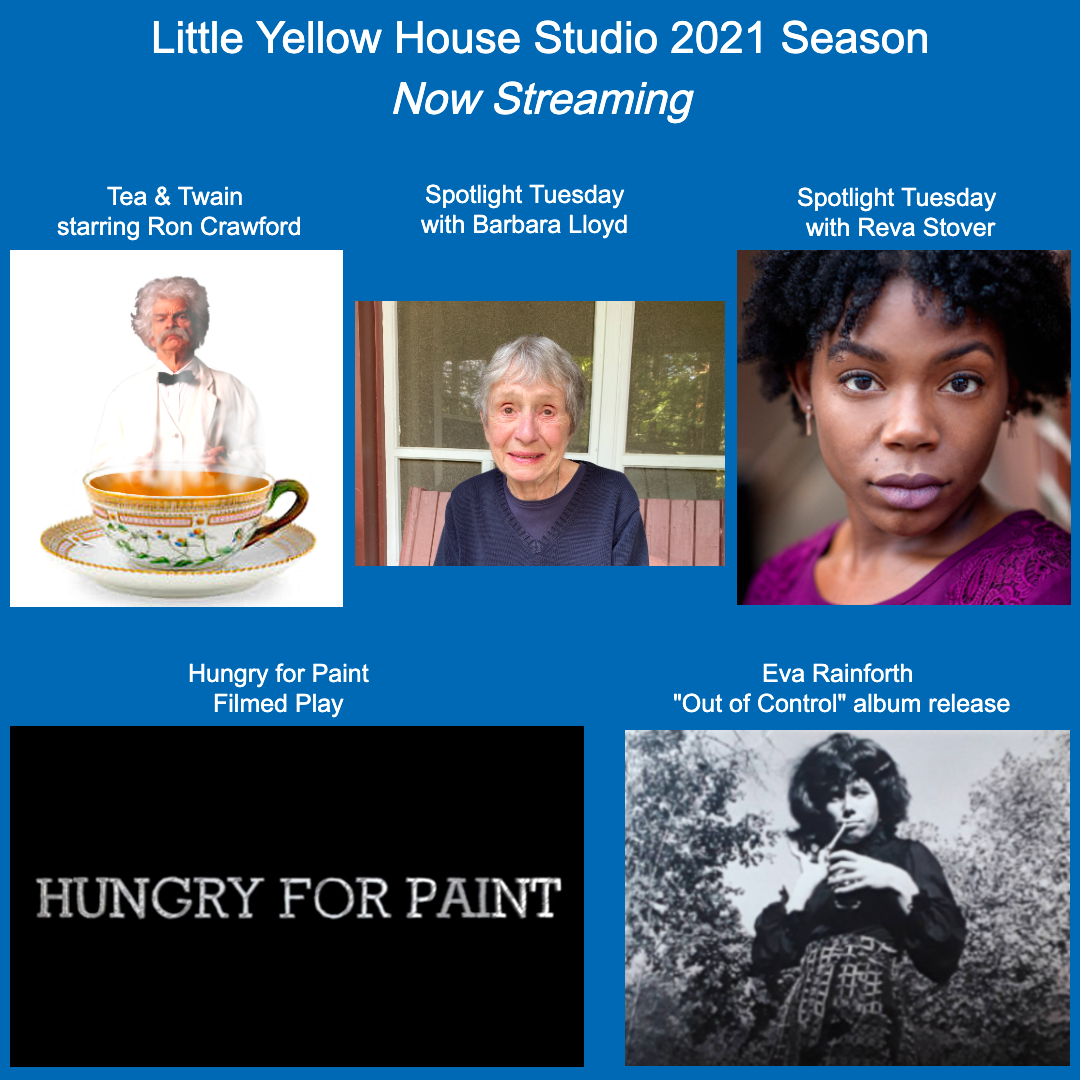 Pay-what-you-wish between now and January 5, 2022 and stream recordings of all 2021 online events.

Tea & Twain starring Ron Crawford – Ron’s one-man show is based on the renowned American author and satirist Mark Twain’s famous traveling lecture series.  The performance re-creates Twain’s lectures from a hundred years ago, his adventures as a steamboat pilot on the Mississippi, his mining days out West, the Hawaiian Islands, and his first tour of Europe along with his caustic, humorous observations – and a few tall stories.

Spotlight Tuesday conversation with Barbara Lloyd – Professional actress and long-time Weston, VT resident Barbara Lloyd is the featured guest, sharing an excerpt from A Year of Magical Thinking by Joan Didion followed by a conversation about her life, career, and seeing Weston Playhouse grow from a summer stock company to the regional professional theater under four administrations and one flood.

Spotlight Tuesday conversation with Reva Stover – Professional actor, director, and playwright Reva Stover is the featured guest.  Reva will premiere a first draft of her filmed play Hungry for Paint, followed by a discussion about the play, her career, the process of playwriting and more.

Hungry for Paint by Reva Stover: filmed play workshop – When an enemy bomb leaves America shaken during the presidential election of 2028, the race for political power leaves morality in the dust as Americans struggle to survive. Hungry for Paint examines the false dichotomy between liberal idealism and conservative cynicism.

Pay what you wish below and receive a link to view the productions.

***Please add littleyellowhousestudiovt@gmail.com to your address book to ensure link delivery.***
Additionally, after your payment is accepted, you can press the “redirect to merchant” button to be taken to a page with links to view each recorded event.
Recommended $15 per viewer.